The essence of providing an amazingly written and visually captivating story for people we care about deeply is the same as it was when my father published that first magazine in 1972. The digital revolution’s effect on the media and marketing world has been remarkable. There is an infinite amount of content available in as many different forms. Even with all that change, community publishing still involves a storyteller, an audience and a sponsor.

We embrace the spirit of our publishing past, but we must always be ready to carry that community passion and integrity into the future. Or in other words…“Cut Loose, Kid.”

The December 1997 25th Anniversary issue of Cleveland Magazine shared the origins of the city magazine. In the article below, "Cut Loose, Kid The Birth of a City Magazine", Chairman Lute Harmon Sr. told writer Shari M. Sweeney how Cleveland Magazine and Great Lakes Publishing was born. 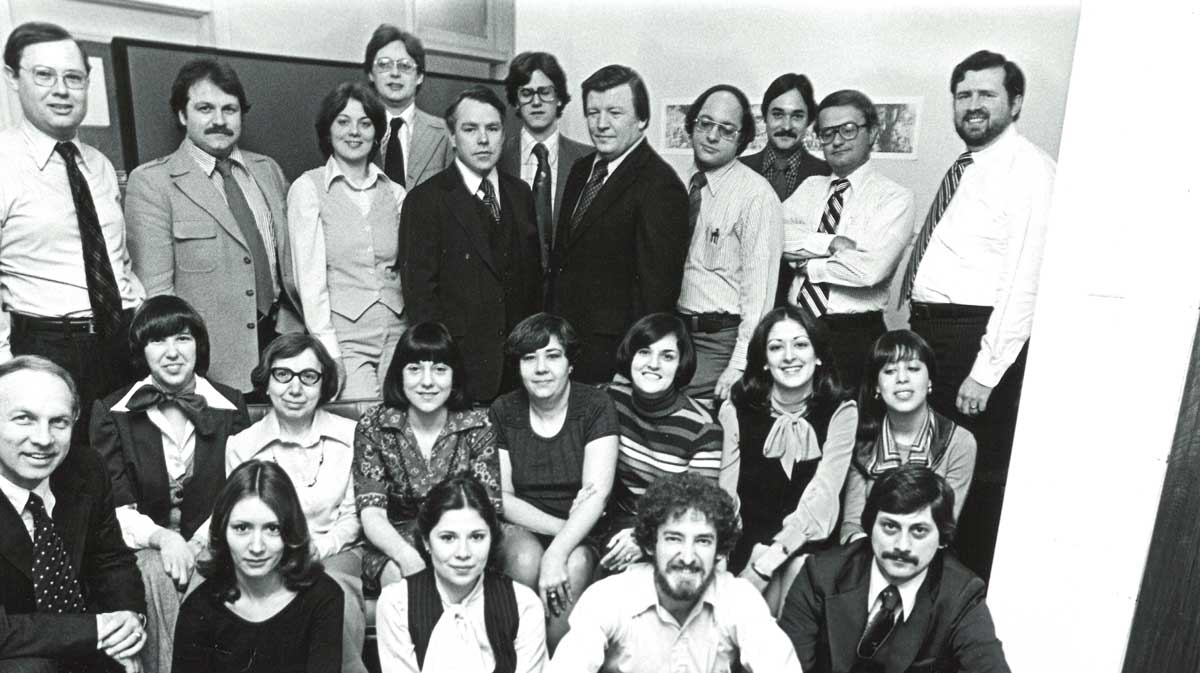 As Lute Harmon Sr. tells the story: In 1971, I was a 32-year-old advertising copywriter for the Cleveland Electric Illuminating Co., working in the department responsible for attracting businesses to Cleveland.

Part of my job was checking out , so to speak, so I received magazines from cities like New York, Philadelphia Washington, D.C. I loved those magazines – they made the cities seem so vital, something that, at the time, Cleveland was not was always happening in New York or Washington. It sounds crazy now, but I began to wonder whether, if Cleveland had a magazine, things would start happening here, too.

I can almost pinpoint the moment when Cleveland Magazine was conceived: My wife and I were driving to Florida to visit my parents, and I’d brought along three or four of these city magazines as reading . I turned to my wife and said, “Cleveland needs a magazine.” She just shrugged and said it was worth considering. I’m sure she thought I’d forget the whole scheme as soon as we’d passed through Georgia. But not long after that trip, I started asking people what I’d need to do to start a magazine.